Nebular Crush is back with a brand new beta demo! 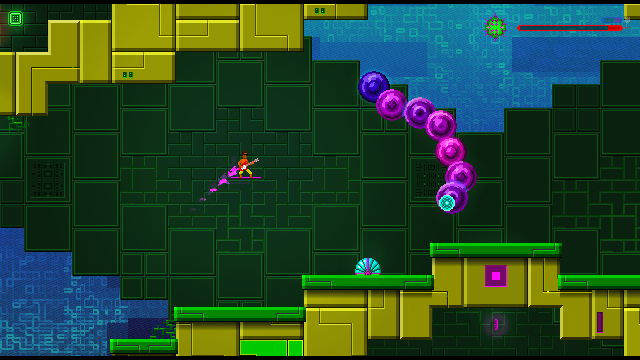 It's been a while since we posted the last one and suffice it to say that A LOT has changed since then.

This is a gargantuan update so here is an overview of the major new features and changes.

- New weapons and masks which grant special abilities.  Unlock them as you progress through the game. 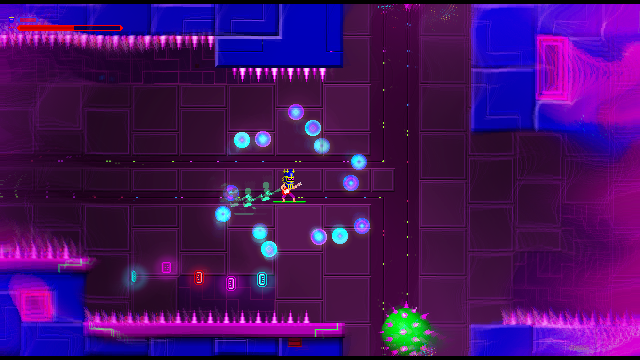 The new paladin mask encircles the player in orbs that damage enemies and destroy incoming bullets. 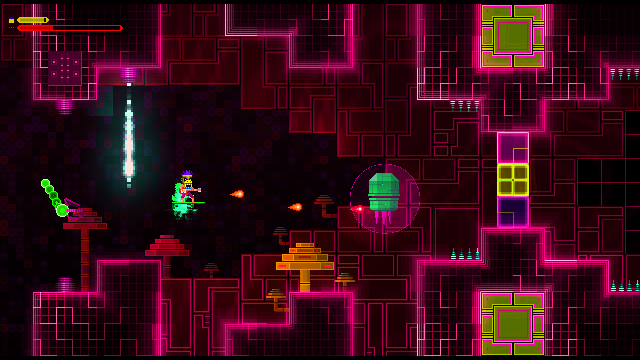 The player battles a krysillix after dodging a fire spout with a viro worm in hot pursuit! 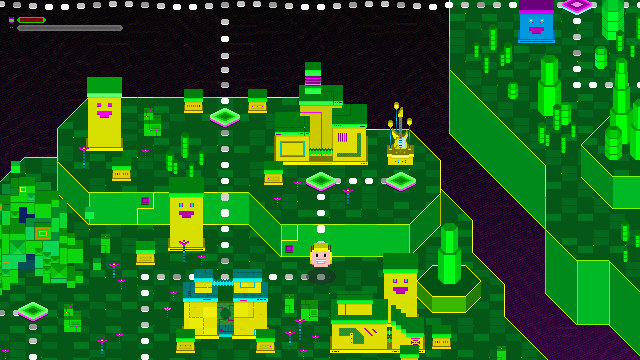 The green zone is where you begin your quest. 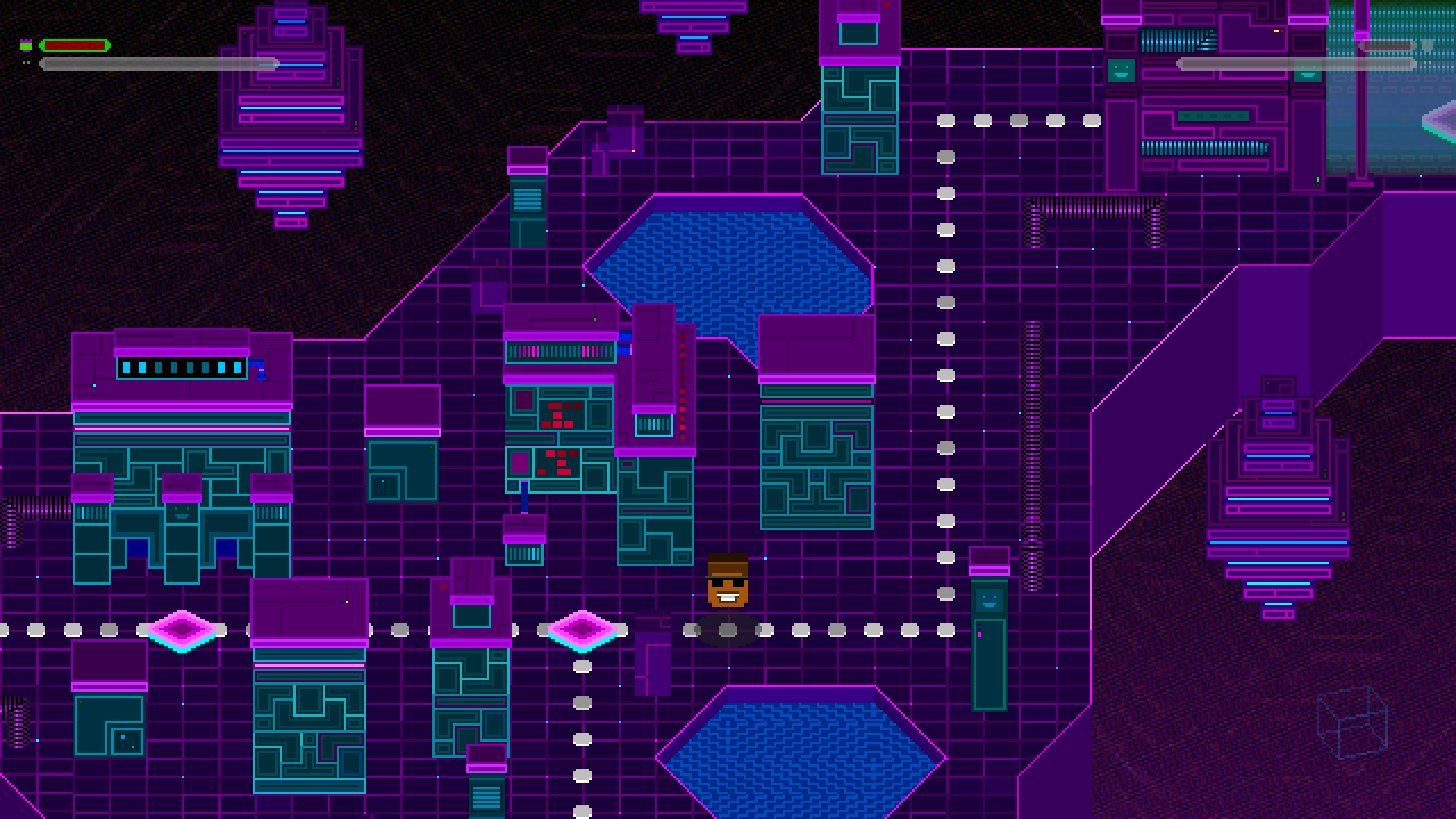 Deeper into the game you'll discover cyber zone and other weird worlds. (Not featured in demo) 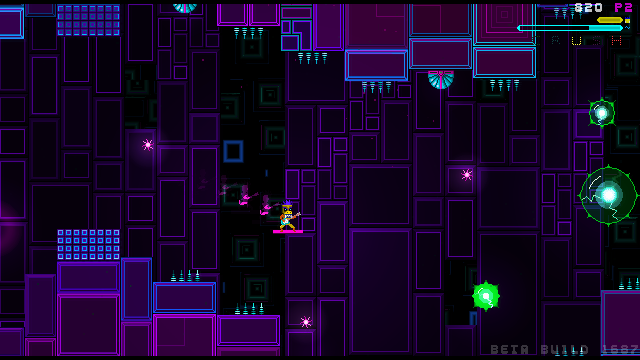 Tubulous Tunnel, one of the many new environments to shred through. 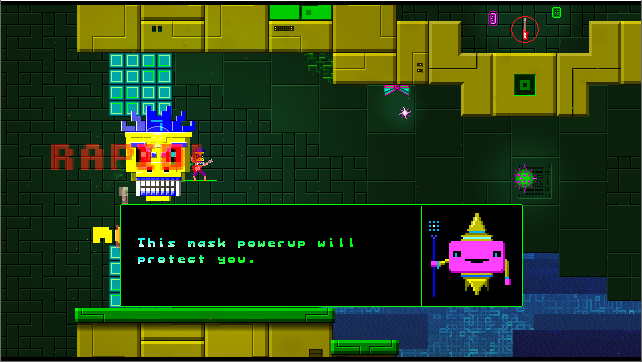 Also introducing Wizzy the Wizard, a helpful character that gives you tips throughout the game 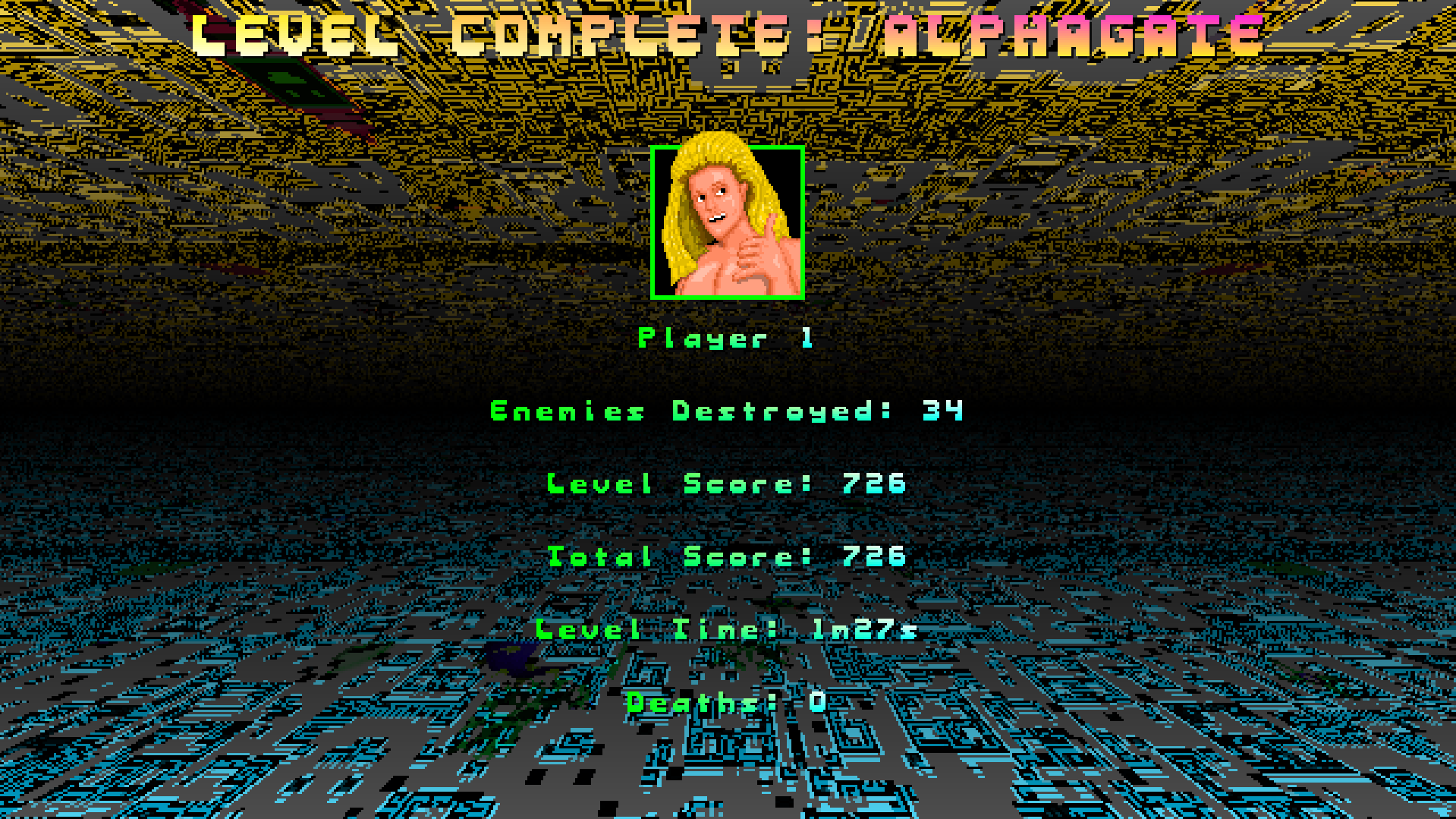 You will breathe a sigh of relief when you see this screen pop up.

Arcade: limited continues but records your score for the highscores table

- New tiling and backgrounds for all levels

- New soundtrack with lots of bangin tunes to keep you in the zone.

- Changes and additions to controls

- Added buttons for switching between guitars and masks